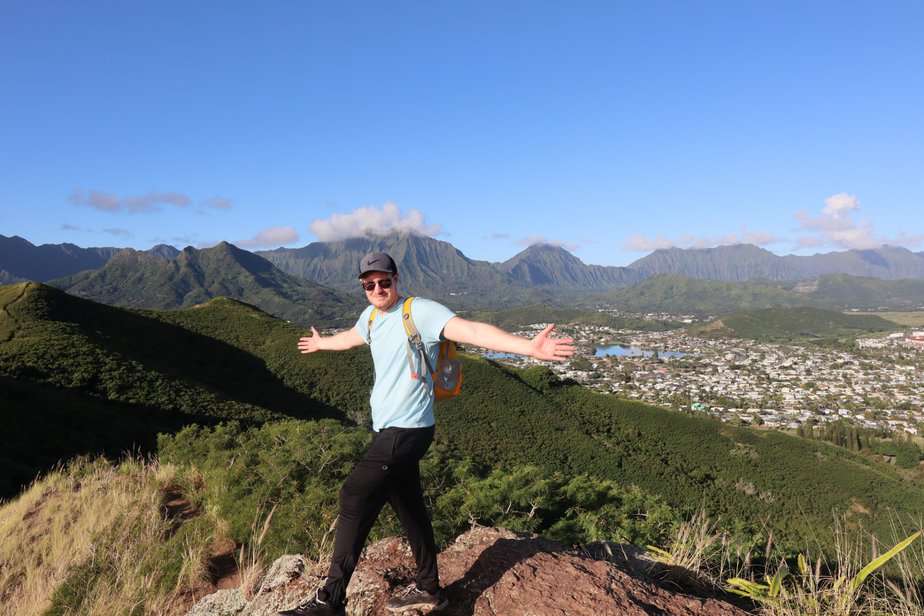 If you’re planning a trip to Oahu, be sure to read this post first!

There are many things to love about Hawaii, but you should also avoid a few things while you’re there. We’ve put together a list of the most important ones to make your trip as enjoyable as possible.

Whether you’re looking for safety and crime information or some general tips about the island, we’ll help ensure you don’t end up in a sticky situation.

In this post, we will answer some of the most common questions we receive regarding the safety of Oahu. We will use data gathered from the Honolulu Police Department and the FBI. We will then offer advice on things to avoid while on the island.

Without further ado, let’s get started!

Crime Rates on The Island of Oahu

Before we get into the specifics of things to avoid on Oahu, let’s better understand crime in the area.

The below data shows the total number of crimes in the eight districts of Oahu:

Things to keep in mind:

Based on the data, the four districts with the highest number of crimes are:

Most crimes are larceny related (theft of personal property), which doesn’t surprise us considering the large number of tourists and visitors on the island.

Now that you know the crime statistics let’s answer some of the most common questions surrounding safety in Oahu.

Does Honolulu have a high crime rate?

Based on data, Hawaii and Honolulu generally have a relatively low crime rate compared to the rest of the US. However, it is still essential to be aware of your surroundings and take extra precautions when traveling through unfamiliar areas.

Below are our findings from crimes committed in the United States, compared to the state of Hawaii:

As you can see from the data, Hawaii is slightly lower than the US average in violent crimes.

What Areas to Avoid in Honolulu as a Tourist

Based on the data presented above, one could argue that its best to avoid the districts with the highest crimes.

However, some of these areas are popular tourist destinations and can be explored safely with proper precautions.

In our opinion, you should always use your best judgment and avoid unfamiliar parts of town, especially at night.

For example, I would avoid wandering the streets of downtown Honolulu alone at 3:00 am, knowing the amount of crime that happens in the area. Also, I am a female traveler and an easier target than a male.

I would also not randomly park my car on the side of the road and hike somewhere in Makaha or East Oahu without the proper precautions and knowledge of the area.

That’s not to say that all these areas are dangerous, but rather some advice to practice caution and do proper research.

Is Honolulu Safe at Night?

Generally speaking, Honolulu is relatively safe. We have personally walked the streets of Honolulu at night and never felt unsafe.

However, as tourists, it is crucial to be aware of your surroundings and take extra precautions when traveling to a new place.

Try to stick to places and neighborhoods you know, and avoid wandering off the beaten path. Go to areas with a lot of people around and avoid dark alleys.

It is also essential to stay vigilant and note any suspicious activity or persons around you.

We always use our best judgment and avoid being out too late. For example, we would never wander the streets of downtown Honolulu at 3:00 am while drunk.

Is it Safe to Walk on Waikiki Beach at Night?

Yes, it is generally safe to walk on Waikiki Beach at night. The area tends to be well-lit and quite busy, even late in the evening. There is also a strong police presence in Waikiki, which helps deter some criminal activity.

However, we still recommend using your best judgment when walking at night.

Is the West Side of Oahu Dangerous?

The west side of Oahu is quite diverse in terms of the population, so you can find safe areas and those that are not. Overall, we feel safe when we visit this side of the island.

For example, we frequently hike the Ka’ena Point Trail and have never felt unsafe. That said, we hike this trail during the day and always take note of our surroundings.

Additional Things to Avoid in Oahu

1. Leaving valuables in your car

This goes without saying, given the high rate of car break-ins on the island. As mentioned previously, theft is the most common crime on the island. Always keep your valuables out of sight at all times. Avoid hiding your belongings in the trunk, thinking it’s out of site.

2. Swimming in the ocean alone

We recommend avoiding swimming alone as rip currents can be strong and unpredictable. If you are determined to go for a swim, make sure there is someone else with you.

3. Swimming without checking the surf conditions

Even if the weather is nice and sunny, it’s essential to check the surf conditions before going into the ocean. High surf can be dangerous and unpredictable, especially in the winter months (November-April).

4. Standing next to a blowhole

While blowholes can be incredible natural attractions, they also can be dangerous to stand too close as waves can come up unexpectedly and cause injury or worse. Be sure to keep a safe distance from the edge when visiting.

5. Turning your back to the ocean

The ocean can be unpredictable, and waves can come up without notice. Always pay attention to the surf and never turn your back on the sea.

This can put you in a vulnerable position, especially if you are unfamiliar with the area. We recommend walking with a friend or sticking to areas with heavy foot traffic.

In general, it is also essential to use common sense when in Oahu or any other destination, for that matter. Pay attention to your surroundings, trust your intuition and stay safe!

While showing off your new toys may be tempting, avoid carrying costly items in public, especially at night. You never know who might be watching or could have their eyes on you. Oahu is a laid-back island, and you most likely won’t need fancy items to enjoy your stay.

Many of the beaches in Hawaii have signs warning visitors to be mindful of wildlife, such as monk seals and turtles. These animals are protected by law, and it is illegal to disturb or harass them.

10. Taking lava rocks and sand off the island

Lava rocks are a natural part of the Hawaiian landscape, and taking them off the islands is illegal. Resist the temptation to bring a piece of the islands home with you, and please leave the lava rocks where they belong. The same goes for sand – do not take any off the isles.

11. Not respecting the culture

Hawaii has a rich cultural history, so it is essential to respect the local customs and traditions. Refrain from engaging in disrespectful behavior that may offend the locals.

Parking illegally can be very costly, as law enforcement is strict about parking violations. Always park in designated spots or pay for a metered spot if necessary.

We made this mistake on our visit to Oahu, and we will never forget that day. Hint: It happened at the Lanikai Pillbox Hike. Use these Hawaii parking protocols to help you pre-plan.

If you despise traffic, then avoid driving during rush hour. Traffic in Oahu can be hectic and congested, so it’s best to plan your trips outside of those times if possible.

One of the most important things you can do to protect Oahu’s beautiful reef is to use reef-safe sunscreen. Always read labels carefully and ensure your sunblock does not contain any harmful chemicals that could damage the coral.

15. Staying in Waikiki the entire time

Last but not least, you’ll want to avoid staying in one place the whole time you are on Oahu. Waikiki is a fantastic beach destination, but there’s so much more to explore across the island! From stunning waterfalls, beaches, and scenery – be sure to get out and explore all that Oahu has to offer.

Overall, Oahu is incredibly safe to visit and explore.

It’s important to remember that crime can happen anywhere, so it is best to stay aware and alert while traveling anywhere in the world.

Hopefully, this blog post has provided you with the information needed to make an informed decision about safety precautions and what NOT to do when exploring Oahu.

Mahalo for stopping by! Until next time, Aloha!