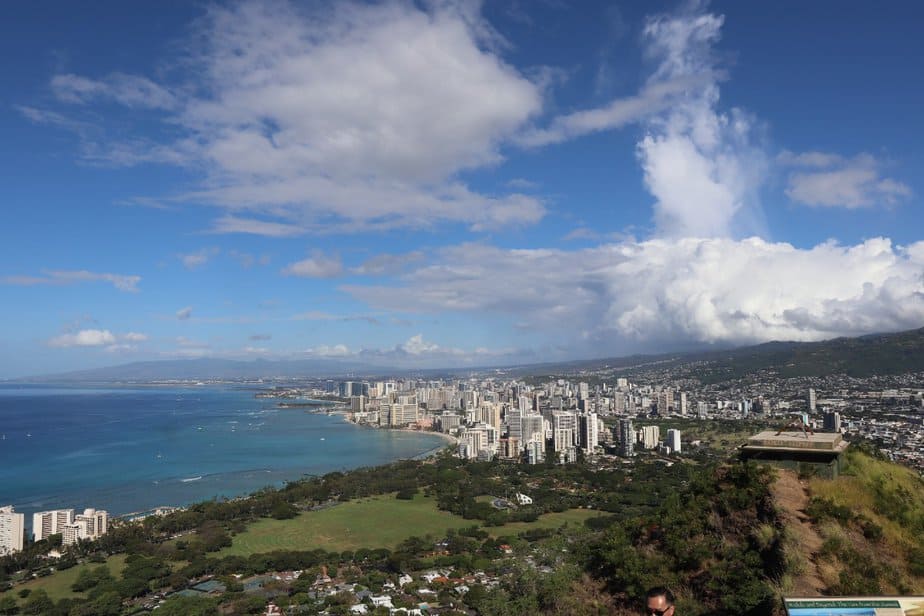 Planning a vacation to Hawaii and wondering if Waikiki, Honolulu, and Oahu are the same?

All three of these places are outstanding and worth visiting if you want to experience the best of the island.

To help you understand the different areas of Oahu, below are overviews of the island.

Waikiki is the most popular tourist destination in Hawaii. It is located on the south shore of Oahu and features a wide variety of attractions, including beaches, hotels, restaurants, shopping centers, and nightlife.

Waikiki is renowned for its amazing white-sand beaches and perfect blue waters. Whether you’re looking to spend a day at the beach or explore the nightlife, Waikiki has something for everyone.

Honolulu is the largest city and capital of Hawaii. It’s located on the southeastern shore of Oahu, the same island as Waikiki.

As you’d expect from a larger city, Honolulu offers a variety of attractions that Waikiki doesn’t have, such as museums, historic sites, and cultural experiences. Honolulu also features a vibrant nightlife scene, with bars and clubs throughout the city.

The Layout of Oahu

Oahu is home to several different regions with unique vibes and attractions.

Here’s a quick overview of the different regions on Oahu:

Honolulu is the capital and the most populated city in all of Hawaii. It’s home to Waikiki Beach, Diamond Head, and many historical sites such as Iolani Palace and The Bishop Museum. Honolulu extends from Pearl Harbor to the west leading up to Makapu’u Point towards the southeastern shore.

The island’s Windward (east) Coast is known for its lush green mountains and scenic coastline. It is bordered by the Ko’olau Mountain Range and extends from Makapu’u Point on the island’s southeastern point to Kahana Bay.

The North Shore is famous for its big waves and surfing beaches, such as Banzai Pipeline and Waimea Bay.

It’s also home to Turtle Bay Resort, Shark’s Cove, Sunset Beach, Waimea Valley, and Haleiwa Town. The North Shore extends from the coastal area between Ka’ena Point to the west and Kahana Bay to the east.

This is the drier, sunnier side of the island and home to the luxury Ko Olina Resort area and the Wet’n’Wild Hawaii water park.

The leeward coast extends from Ko Olina in the southwest to Wai’anae in the middle, leading to Ka’ena Point to the north. This region is mainly undeveloped and quite remote.

Central Oahu is more rural than the other parts of the island and is where you’ll find the Dole Plantation, pineapple fields, and the town of Wahiawa.

The Daniel K. Inouye International (HNL) Airport is the main airport on Oahu, a major hub for inter-island and international flights. It is located on the south shore, about 20 minutes from Waikiki.

Getting Around on Oahu

Driving is the best way to enjoy the island’s beauty and explore its attractions. It’s easy to navigate but can be busy during rush hour. Make sure you plan your route ahead of time.

It takes about 4.5 hours to circle the island without making any stops.

However, you’re likely to make multiple stops along the way. In fact, we recommend slowing down and taking your time to explore the island’s hidden gems.

Below are the drive times from the Honolulu Airport:

HNL to the North Shore: 55 minutes

Oahu has an excellent public transportation system. You can purchase tickets for either a single ride or an all-day pass. The buses run on all major routes and are a great alternative to driving around the island.

While the bus system on Oahu is excellent, there are some downsides. It takes longer to get around and makes multiple stops. You might also need to walk a few miles if the bus doesn’t drop you at your destination.

Also, if you’re planning on visiting multiple attractions, it can be hard to plan your route efficiently.

We always recommend renting a car as the best way to navigate the island. This allows you to explore at your own pace, with plenty of stops. However, if you’re on a budget, can’t drive, or don’t want to drive, the bus system is a good option.

Uber and Lyft are great alternatives to traditional taxi services. They offer competitive rates and are easy to use. The services are widely available on the island.

If you are staying in the Waikiki area, you can walk to most major attractions. Waikiki is relatively easy to navigate on foot, and the beach is just a few blocks away.

However, we recommend venturing out to other parts of the island – there is so much to explore!

As you can see, Oahu is a diverse island with many different regions and attractions.

Oahu is the most populous island in Hawaii and has the biggest city – Honolulu. Waikiki is in Honolulu on the island of Oahu.

Mahalo for stopping by! Until next time, Aloha!